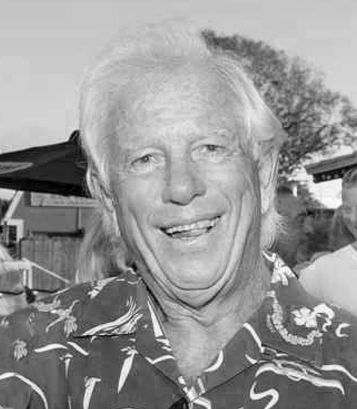 Henry is a legendary California surfer who is a mainstay in many aspects of our surfing culture. Henry started surfing along the sand bars in the South Bay, Hermosa, Redondo, Manhattan and Torrance beaches, way back in the early 1950’s.  He was a star in many of Bruce Brown’s early surfing movies including “Slippery When Wet,” “Surfing Hollow Days” and “Barefoot Adventure.” His surfing along the North shore of Oahu during those years gained him a reputation as one of the premier “hotdoggers” of the period.

During the era of surf clubs he, along with his pal and another classic surf legend, Freddy Phauler, were part of the infamous “Double Duce Danglers” of 22nd Street in Hermosa Beach. He was also a regular at Malibu during the summers along with such notables as the surfing “king of pop” himself, Terry “Tube steak” Tracey, Mickey “da Cat” Dora, Johnny Fain, Mike Doyle, Mickey “the Mongoose” Munoz and “Gidget” herself.

In the early years Henry spent his off surfing hours working in the sales shop for Velzy and Jacobs Surfboards, and later Jacobs Surfboards in Redondo Beach. His gift of gab and excellent salesman attributes would eventually land him smack dab in the middle of the surfing industry. He was also a lifeguard all over the South Bay and Malibu areas.

Henry moved to San Clemente, more than 20 years ago and spent a long period working in the Stewart Surf Shop. He also became involved in putting on surfing events, including the Rabbit Kekai Invitational in Costa Rica. He would eventually move into the apparel section of the surfing business and founded Koko Island in where he designed over 200 patterns with Hoffman Fabrics for such greats as Jimmy Buffett.

Henry is an inductee into the South Bay Surfers Hall of Fame and has been a successful competitor in surfing competitions for longer than I can remember. Henry is one of the true colorful characters in the surfing world and is still in the thick of it on a daily basis. These connections have created a huge opportunity for International Surf Properties to list some of the best surf centric properties in the world.